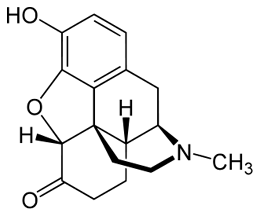 Hydromorphone is a potent semi-synthetic opioid analgesic that is thought to be 6 to 8 times stronger than morphine. Derived from morphine, hydromorphone is used for the relief of moderate to severe pain, and more rarely as a cough suppressant. Hydromorphone is most commonly available in the form of instant-release tablets or time-released capsules.

Abusers commonly inject the small, instant-release hydromorphone pills intravenously. The hydromorphone dissolves in water without the need to be heated, making the preparation of pills for injection quite simple. When injected intravenously, hydromorphone provides the user with a euphoric 'rush' that is similar to the rush felt from IV heroin. After the rush, the the high from hydromorphone has a relatively short duration compared to most other opioids.