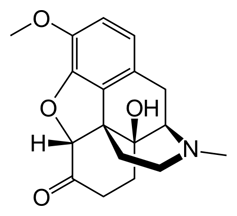 Oxycodone is a semi-synthetic opioid analgesic that is widely prescribed for the relief of moderate to severe pain, in both instant and time-release forms. It was first synthesized in 1916 in Germany in an attempt to create a semi-synthetic opioid that would improve on the already existing opioids (codeine, morphine, and heroin).

Oxycodone is perhaps best known in the form of OxyContin, the brand name of a time-release oral formulation of oxycodone developed by Purdue Pharma. OxyContin, first introduced to the U.S. market in 1996 became the best-selling non-generic narcotic pain reliever in the U.S. by 2001.

The large amount of OxyContin being prescribed meant a greater availability of OxyContin for abusers on the street. It quickly became one of the most commonly abused opioid medications in the U.S., even with its built-in time-release mechanism. Abusers quickly discovered that they could defeat the time-release mechanism by crushing the pill, which meant they could get the oxycodone intended to be released over a 12 hour period, all at once. Although other oxycodone-containing formulations such as Percocet had existed before OxyContin, the introduction of OxyContin made available high doses of oxycodone that contained no other drugs.