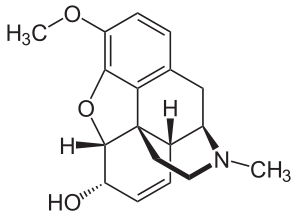 Codeine is an opiate that is used to treat mild to moderate pain, as well as to relieve cough and as a treatment for diarrhea. Codeine, along with morphine, is one of the naturally occurring opiates that are used as narcotic pain medicines.

Codeine is the most widely used opiate in the world, and is one of the most widely used painkillers. Codeine is available by prescription only in most areas of the US. Exceptions are seen in some states where codeine can be purchased over-the-counter (OTC) in products containing a small dose of codeine. Also in Canada, some codeine containing products are available OTC in most if not all provinces.

Codeine is abused in both pill form, and with the anti-nausea medication promethazine in the form of a syrup. The syrup is popular in the hip hop community in the southern United States. Many of the pill preparations containing codeine include the painkiller acetaminophen as well. To avoid taking dangerous doses of acetaminophen, abusers will crush the pills and use a cold water extraction process to separate the codeine from the undesired acetaminophen.

Sold under many name brand products, the most popular being the Tylenol with Codeine series, the number on the tablet corresponds to the amount of codeine and caffeine found in the each tablet.